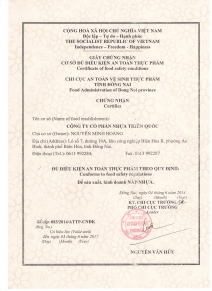 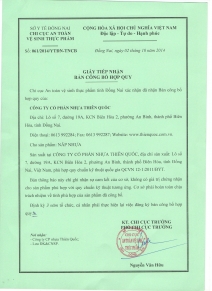 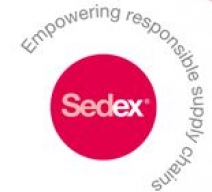 In a year that was full of economic intrigue and high drama, two of the most compelling stories continue to be the trends in the prices for crude oil and natural gas. The price for crude oil is determined by a global market, and the geopolitical factors that affect this market at the moment are mostly man-made and they are incredibly unstable. The price of natural gas is set domestically, and in recent weeks the trend in this market has been driven by the weather. Both of these trends have had a strong impact on the North American plastics industry in recent months, and I expect these influences will remain strong in 2016.

Let me state at the outset that I am not attempting to predict either the direction or the duration of these price trends. I find little value in guesses, educated or otherwise. But there is value in a precise evaluation of both the present and the recent past. Let’s call it a reality check. An accurate assessment of reality will not enable you predict the future, but it will help you get better prepared for the possible outcomes. That is the art of risk management.

As 2015 comes to an end, it is well known that the prices for both crude oil and natural gas are quite low by historical standards. The downtrend in these prices started in the middle of 2014 and they have continued until the present day. In the past year, the average prices of crude oil and gasoline are down by roughly 30 percent, and the average price of natural gas is down by about 10 percent when compared with a year ago. The prices for all of these commodities are very near the cyclical low-points that were registered during the Great Recession in 2009.

Statistical analysis as well as common sense (don’t you just love it when those two things agree) both indicate that business conditions for the plastics industry correlate closely with crude oil and natural gas prices. Energy prices affect all manufacturers, but for plastics processors the price of crude oil strongly influences the prices for resins. Compounding this effect is the fact that the price of gasoline directly affects the trend in households’ disposable incomes, and disposable income growth drives demand for plastics products.

I frequently write in this column about the relationships between household incomes, personal spending and the demand for plastics products. I have repeatedly stated that lower gasoline prices will give households more disposable income, and that this increase in disposable income will be allocated to the purchase of more products made of plastic or packaged in plastic. The data indicate that this is happening, but not as quickly as we might expect. Consumers are not yet spending all of their savings at the gas pump on other products.

But they are purchasing more gasoline. If you look at all of the data, it shows that while the price of gasoline is down by more than 30 percent in the past year, total sales at gasoline stations are down by only 20 percent. This gap is explained by another data series showing that total consumer spending on gasoline is actually up by about 4 percent in the past year. In other words, gas is a lot cheaper, so people are buying a lot more of it. I expect that this trend will soon hit its peak and spending will be allocated to other products. This bodes well for the near-term prospects for the plastics industry.

The other favorable trend is the recent decline in resin prices. The accompanying chart is a weighted average of the published price (reported each week in the back of this magazine) of the major commodity-grade resins. It is not intended to measure the actual price of any particular resin, but rather the overall trend in the average price for resins over time. If you compare this chart to a chart of the price of crude oil over the same time period, you will see that the timing of the major turning points in both charts are closely aligned. Increasingly, the resins manufactured in the U.S. are produced from a derivative of natural gas, but the relationship with crude oil in the timing of the price trends for resins is still robust.

It is definitely worth noting that while the timing of the cyclical highs and lows for the charts of these prices is very close, the relationship between their cyclical amplitudes (the amount the charts go up and down) is not as robust. For instance, the price of crude oil is down by 30 percent on average over the past year, yet the average price for resins is down by about 10 percent. This is comparable to the drop in natural gas prices during this time period. Yet as the chart indicates, the prices for resins are still well above the cyclical low-point that was hit in the recession year of 2009.

So while resin prices have not declined by the same amount as crude oil, it turns out that business conditions are still quite favorable for most segments of the plastics industry. The total U.S. output of plastics products has increased by more than 5 percent in each of the past three years, and our research indicates that processors have remained highly profitable during this time. Demand for plastics products has been strong, and lower resin costs have allowed processors to lower the prices of these products while still maintaining their margins.

For these reasons, the plastics industry has been one of the fastest growing segments of U.S. manufacturing sector during the past three years, and I expect it to remain one of the fastest growing segments for the foreseeable future. I do forecast the trend in plastics production, and my forecast for total U.S. industrial production in 2016 calls for a gain in the range of 2 percent-3 percent, while the growth in the production of plastics products will grow by 4 percent-5 percent. This forecast is based on expectations for continued gains in personal incomes combined with a growing supply of relatively inexpensive natural gas.

As I said before, I am not going to predict what this means for the future direction of the prices for crude oil, natural gas or resins. But the ever-changing relationship between the prices for these products is something that all processors and compounders should monitor closely. The dynamics in these fast-paced markets significantly affect your company’s profits, and any information or insight you can garner that has any predictive power at all should be highly valued.